What was Jesus telling us when He told us that faith can move mountains?  This message will explore the context of what Jesus was telling us, coupled with His expectations of every one who calls upon His name to “move the mountains” He is speaking of.  Many have spoken about seed faith for things and stuff and financial returns, but is that what Jesus was telling us?  If not, what was He speaking about which He referred to as mountains.  Not only will this message encourage you with a solid understanding of faith and authority that we all have in Jesus Christ as a believer, but it will also challenge you to not fall prey to the religious death trap of saying “faith is all you need.”  God has called us to live by faith, advance His kingdom by faith and do all we do, “do being the adamant word,” in faith.  You’ll learn about the amazing power you’ve been given as a believer to deal with that which mankind struggles against and what really takes place in the spiritual realm when confronting demonic forces that oppress some and possess others.   You’ll be challenged to be trained up on Emmaus Road and activated in what God predestined for you to do before the foundations of the earth were laid. 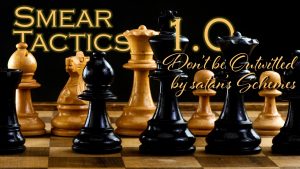 SMEAR TACTICS! Refuse to buy into that which seeks to divide you from God’s plan (Part 1 of 2) 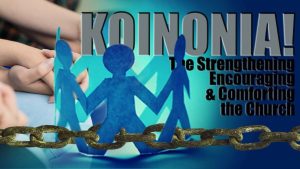