There comes a time when God deals with cities and when He deals with nations.  When God sees that a nation has taken a turn into a dark path, He and His infinite mercy and grace begins to warn us. Again and again He sends waves of mercy letting us know the end is not good if a nation continues on that path.  Again and again we see in scripture where He would warn and many times we see God’s people responding and the judgment that was coming stopped, but there are other times when a nation doesn’t heed the warning.  This message is about how to live in peace when God deals with a nation such as this.  You’ll discover that God warns and protects those who listen and obey Him and it’s those who are the enemy of God that He will deal with.  As I was teaching this message, giving this warning, six more police officers were ambushed and shot and three of the six were murdered.  Turbulent times are coming to America and we have a short time as a nation to turn; either way, you as a believer, as a disciple of Jesus Christ need to know how to keep your peace in such times. 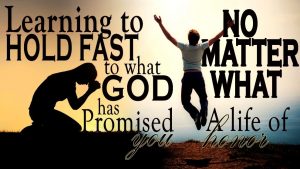 Learning to Hold Fast to What God Has Promised You, No Matter What! A LIFE OF HONOR! 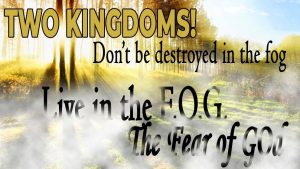