Although you will not find “suddenlies” in the American dictionary, you will it in God for we serve a God of the suddenlies.  From God’s specific call to a vision of God’s footprints in his office, to words from the Lord in The Secret Place clearly saying no need to wait for some for they won’t go, to God telling him that He’s called him to something greater than pastoring to establishing and leading an apostolic HUB, telling him that He has a message He wants to send out to His church through him, and a call to the nations and so much more,  Greg Lancaster looks back over the journey of how the Lord brought us to where we are with Vine Fellowship Network, (VFN) and has set us up for where we’re going.  Look back over “The Light House Prophesy” and from serving the multitudes at the Brownsville Revival from the Light House, the fullness of that word, it becomes much clearer. He speaks of suddenlies that shifted him from feeding the multitudes who God drew to the Brownsville Revival in Pensacola, Florida to a suddenly that just occurred right before this message.  You’ll see how each step of the journey the Lord had him on, the Lord was giving Him instruction on how to build each part of VFN as God said “I Got Your 6” referring to the last unfolding of the six-part vision, the Apostolic HUB and the Lord confirmed “A NOW” and it happened to be at the beginning of the Third Great Awakening and so much more.   You’ll see more of the vision and one of the purposes of the VFN HUB and will be challenged to prayerfully decide if the Lord has called you to stand with him for the Glory of the Lord in this next harvest in the Kingdom of God. 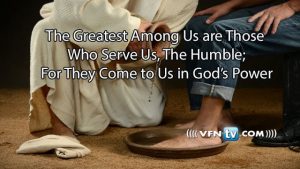 The Greatest Among Us are Those Who Serve Us, The Humble; For They Come To Us in God’s Power 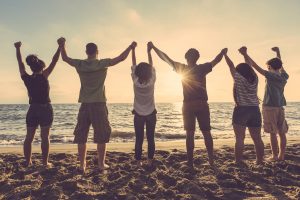 Unlocking the Power of Living a Unified Life