Where do Christians fit in this digital age in our culture?  We are without doubt, at a point with technology, which is like the continental divide in America.  Which way will the water decide to go after coming all the way from Canada, will it go east or will it go west? In this message, we’ll take a raw look at the facts, such as Oxford saying, 47% of jobs are at risk because of technology taking those jobs from truck driving, to service jobs, to what one says is 15% of all jobs on the earth.  You’ll be enlightened with God’s Word in how to look at the age in which we now live and you’ll learn how to approach it from a Kingdom perspective. If you’ve been confused and not sure of how to approach this age of technology, you will gain a clear direction and I believe your mind will be transformed in how to operate in such a time and age.  It’s vital to have this wisdom, for we’re close to the end times becoming now times, one of which is to do with technology and a “beast economy,” and how we do business in the world. 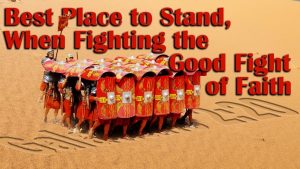 Best Place to Stand, When Fighting the Good Fight of Faith Galatians 2:20 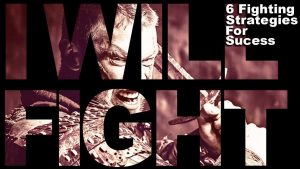 I WILL FIGHT! Six Fighting Strategies For Success