There is nothing more frustrating than to live your life between two opinions.  Actually, there is, it’s living your life between two kingdoms.  Did you know that when Jesus came to earth He came to introduce to us, mankind, another kingdom?  When He told His disciples to go to the towns He’d soon be entering, to tell the people they talked to, “The Kingdom of God was near.”  In this message you see clearly how the very name church doesn’t mean a gathering of people in some building somewhere, but a people who have been called out of the kingdom of darkness into the Kingdom of Light; of God.  You’ll discover how important it is to understand clearly who you are and whose you are and which Kingdom you are in or need to be in and understand it’s a myth saying you can be in both at the same time.  Many people live in a fog or are not prepared for the fog.  As naval fleets have suffered great loss and damage caused by fog, we too as Christians need to get a clear understanding of Jesus, His teaching and to know our path no matter what may come our way.  Finally, we are challenged to enter into the call of God upon our lives as Jesus commands every believer to respond. You will hear about how those who “think they know God” and are beheading people in the name of their god, while all along they don’t know God at all and it’s for us to go tell them about our King and His Kingdom.  We are called to be the Light of the world no matter how thick the darkness is in that nation, community or society.

TWO KINGDOMS! Don’t be Destroyed in the fog Live in the F.O.G. - Fear of God

TWO KINGDOMS! Don’t be Destroyed in the fog Live in the F.O.G. - Fear of God 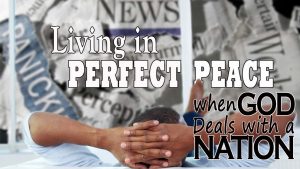 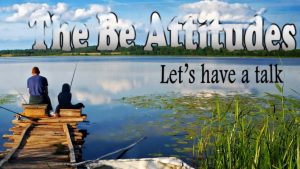